I'm often asked how long it takes to make one of my pieces of jewellery. I never have a good answer, because the time varies so much. The level of complexity in a design obviously adds to the amount of work involved, but even a simple design can take a long time to develop, and the occasional hiccup in production can often prolong the process on a piece which should really be completed fairly quickly. Anyway, the general answer is: "A long time!", because that is pretty much the case for everything.
The following is a relatively brief description of the process involved in making a piece, from the initial stage of dreaming up an idea to polishing the finished product. I wrote this out a long time ago now, but the same basic structure holds true all these years later. 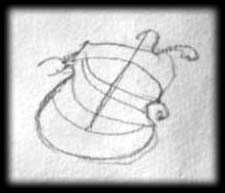 Inspiration for a new piece can come from anywhere. I often see odd shapes in trees or clouds or pieces of machinery which suggest an object or an idea. Descriptions in books are also a good source of shapes and patterns. This piece, which eventually became a brooch in the shape of a viking ship, was inspired by a lifelong interest in the Vikings and Scandinavian mythology. This particular design was made with a ship in mind called Long Serpent, built for the Norwegian King Olaf Tryggvasson around the year 1000AD. 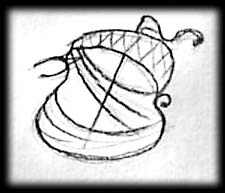 Once an initial sketch seems to show an acceptable aesthetic, it needs to be enhanced into a more concrete design. It is important to consider the structural integrity of the finished piece in the early design stage, so that there are no obvious weak elements which could result in breakage when the piece has to endure the rigours of being worn. 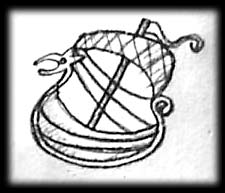 Yes, another design stage, but getting a reasonably precise idea of the finished piece is very important, especially in a piece like this which has many separate elements which need to combine together into a coordinated form. Tracing the various components of this final design can allow you to keep all of the elements true to the design. However, in this instance this is complicated by the plan to curve the sail, flag and the hull planks to provide a three-dimensional aspect to the brooch. 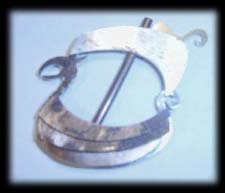 Each element of the final design needs to be cut out of sheet metal individually. Sheet metal of an appropriate thickness is made by rolling metal through a rolling mill, identical to a pasta mill but much, much stronger. Cutting is done using a jewellery saw and can be quite time consuming depending on the shape being worked on. Precise sawing results in less time spent filing later. Note in this image that the sail, flag and hull planks are longer than necessary at this stage. 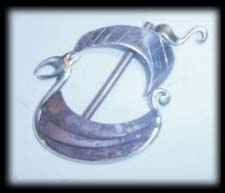 Before the separate components are joined together, they need to be worked into their final condition as further manipulating can be very difficult. This involves filing and smoothing each piece with decreasingly abrasive tools, starting with a coarse file and ending with a metal paste called tripoli. For this piece, the working also included engraving hatching on the sail, drilling a hole for the eye of the dragonhead, and shaping the sail, flag and hull planks. 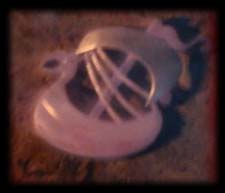 The separate components are joined together by soldering. This type of soldering is different than the sort involving a soldering iron for electrical work or leadlighting. Jewellery soldering uses a blowtorch and, in this instance, silver solder. Soldering is a delicate process which can have disastrous results (eg. melting everything) if there is an error. Each join is made separately, and the pieces cleaned before another join is begun, so working an item like this can take a long time. 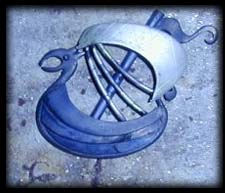 Because of the nature of soldering, the metal is heated to very high temperatures. Silver solder melts in a range between about 670oC and 810oC, depending on the type used, and metal being joined must be brought to the same temperature. This image shows the blackening of the metal which is the result of this process. 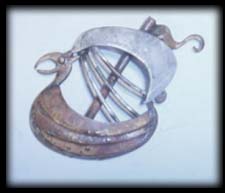 To clean the metal after it has been soldered, a chemical solution called a pickle is used. The pickle needs to be warm to work effectively. The heated pieces go in the pickle after each join is made. When the metal has been completely pickled it will be thoroughly clean and ready for either another join or for finishing. The piece here needs some more pickling to clean up the heat marks which can still be seen on the hull planks and the rigging. 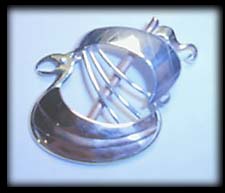 After pickling the piece needs to be polished to bring out the lustre of the metals. This can be difficult for a piece with many layers such as this, and involves using a polishing machine (just like a bench grinder but with a mop attachment) and a variety of hand polishing techniques. Using a red paste called rouge is particularly good for bringing out the lovely shine of silver. Finally, the residue of rouge needs to be cleaned off with a light detergent by hand, or with a sonic cleaner, which uses sonic vibrations to remove any blemishes.